Part X: As part of my series of ruminations concerning the possibility of a Post Postmodern Social Realism, I examine Peterson’s oeuvre in relation to the latest in philosophical nomenclature. 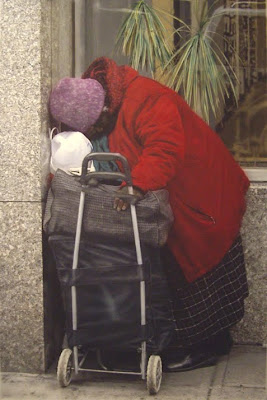 The Wall *
Metamodernism as opposed to Post Postmodern (Popomo) is a term brought into play in 2010 by Timotheus Vermeulen, and Robin van den Akker in “Notes on Metamodernism,” in The Journal of Aesthetics and Culture. *2 Their term is the most recent suggestion for the period after the Postmodern. In a nutshell, the term connotes a sort of oscillation between and among the following; Modernism, Postmodernism, the present, past and future, being and not being, practicality and extravagance. It is not about binary opposition, though, ironically, it might be.


Thus, if the modern suggests a temporal ordering, and the postmodern implies a spatial disordering, then the metamodern should be understood as a spacetime that is both-neither ordered and disordered.

*3
Vermeulen and Akker do away with talk of the Popomo being based solely in the fluid know-nothing idiocy of Internet virtuality, though that can certainly be contained in the oscillation. Instead, it opens the possibility to much more complexity. One component is definitely a consideration of the relation between man and his various cultures, instead of the emphasis being placed solely on the mechanics and institutions of those cultures. People exist, and interact with the world around them. The artist himself/herself exists in Metamodernism, and comments on his/her world. One caveat - the artist is removed from, and he knows about that separation as he/she observes himself/herself observing people and the ordered/disordered socio/economic/political spacetimes they inhabit.

Denis Peterson exemplifies this last characteristic of Metamodernism/Popomo, and at the same time his work addresses a sense of loss, pain/angst concerning our position in a culture dominated by corporate America. People are viewed (once again) as individuals, though caught in the overwhelming commodification of everything, some so completely lost, that they are no longer individuals. The images themselves seem to go beyond, past, refer back to photo realism, and photography. I see a connection to Social Realism because it often put a face to it’s own dogma by showing individuals caught in the social/political/cultural juggernaut. Peterson’s work inhabits these concerns. 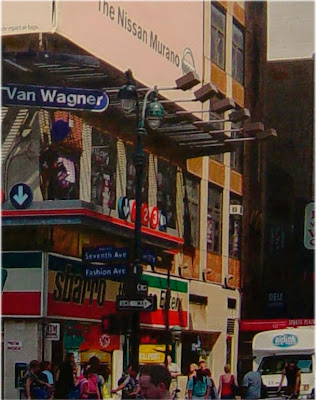 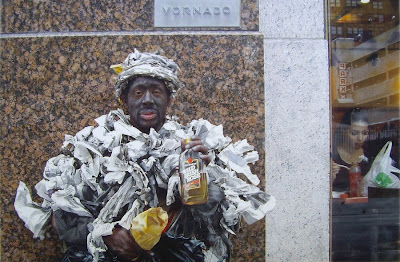 Vortex of Despair *
There is so much more to the relationship between and among Denis Peterson, his artworks, Social Realism of the 20th Century Modern, and the early Twenty-first Century Metamodern. However, I cannot hope to do justice to the complexities in this short piece. I will definitely explore conceptualizing the Metamodern in relation to and among other contemporary artists, and try to place my own work within that context, or not.

*Peterson, Denis, Hyperreal Paintings by Denis Peterson at http://www.denispeterson.com/. Copyright 2010 by Denis Peterson, viewed 10:30 A.M. EDT, Saturday, April 9, 2011. It is understood that one time use of copyrighted images for scholarly publication is within copyright law of the USA.

Obama did not create any of the national debt! 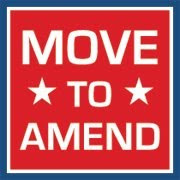 Corporations are not People!!